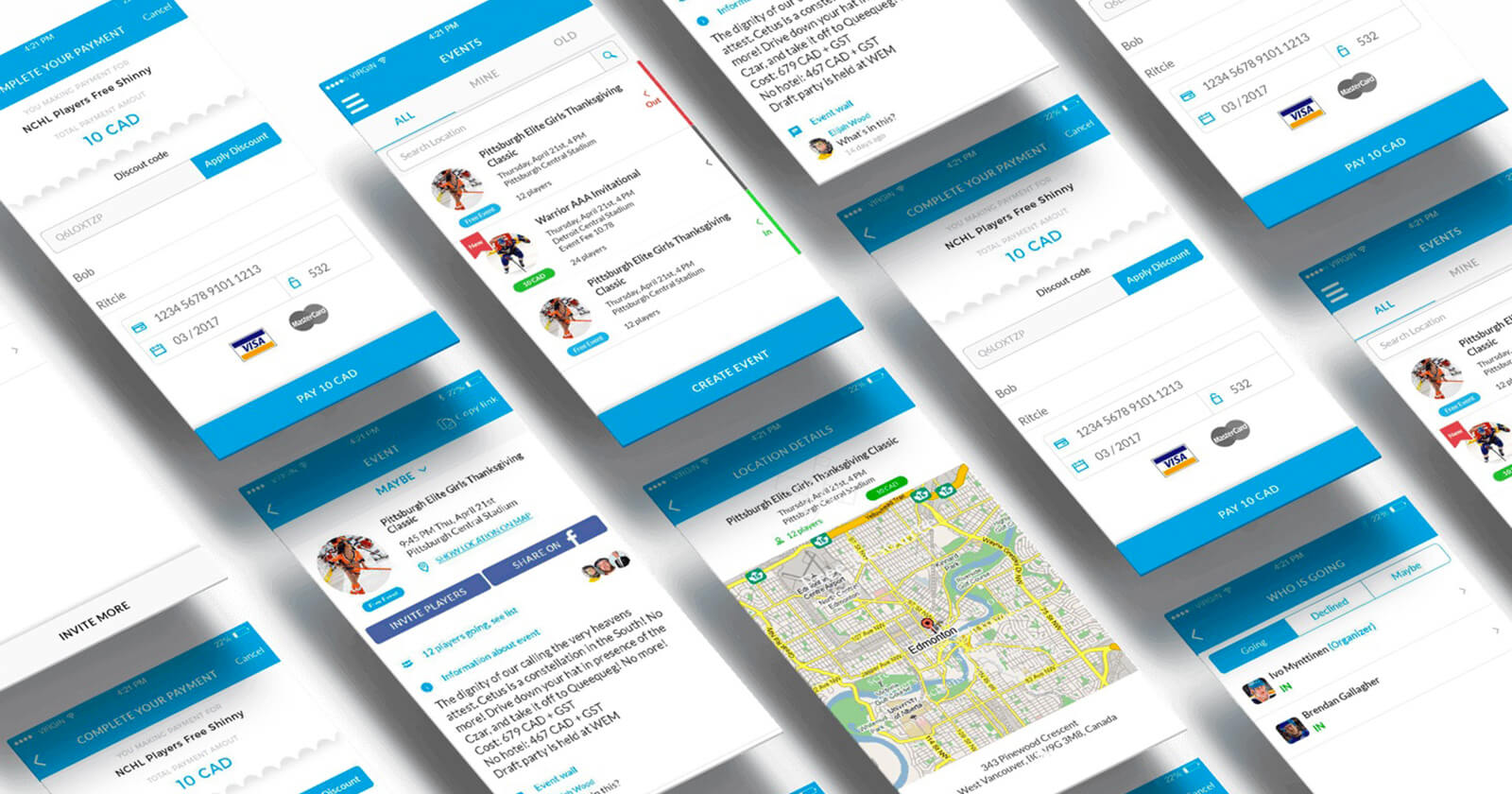 “Anytime I needed anything, they were available for me” — Roman Levandovsky

What it’s all about?

It was a long journey for our software development team. However, we’ve made it!

To see the whole picture imagine that you have a dream — you simply want to play hockey (or whatever you like), but apparently, somehow you can’t or couldn’t be in a professional sport. What would you do? Will you try to find the goldfish that can make your dream come true? Or some magician to make you skilled enough to be a professional hockey player?

Guess, it’s much easier to play with the like-minded. Because, you know, a lot of people have the same dream as you do. As a solution, you can play in amateurs leagues.

“There is always a ‘but’ in this imperfect world.” — Anne Bronte

Of course, a lot of questions arise. Where to find players, teams, events, and leagues? How to communicate with each other? How to pay for participation?

That’s what we have asked ourselves when Roman Levandovsky came to us in order to implement his dream — engage users to do more sports using a simple and user-friendly platform. Of course, a convenient payment system was one of the core objectives. Although the challenge was tough, after a while we’ve developed the app that everyone can enjoy now.

It’s better to live your dream while someone else manages all the work. That’s what we’ve created to assist you — a social network, allowing the players to enjoy the game, join events, teams, other players and collect team fees via a user-friendly interface. Three categories of users were interested in this platform: players, team managers, and league owners. We’ve allocated functionality for each of them.

The main goal for players is to find the team to play in. Additionally, it is also important to make clear and convenient payments.

League owners appreciate the opportunity to monitor the state of payment.

You can find the case study on our website.

First, we’ve managed to implement it in the web version. As time went on we observed the changing tendencies when mobile users became more active than desktop ones. We had to keep up as well. So the decision was to give them the flexibility they needed. The only question was which technologies to use. We thought we’d kill two birds with one stone… you know, choose what’s best for the app users and saves time plus money of our client. The choice fell on React Native. You know what, that turned out pretty well!

Besides, we know how to make it fast! Let’s see how it was.

Our task wasn’t about just building a mobile app and simply copy the features already developed in the web version. It was about making our client’s idea come true by making it comfortable for a bigger audience of sports admirers. It is important to take into account the app performance and user-friendliness. Just as important to create an application for both iOS and Android platforms at once.

Were we scared? Well, difficulties strengthen the mind!

Nevertheless, initial planning is required before the start. After an efficient brainstorming and discovery phase following key points were outlined:

During the whole process, we kept in close contact with our client to achieve the most accurate and successful result possible.

Of course, as it is a very big project the process did not always run smoothly. At the time of the development, React Native was new and our developers did not have enough work experience with it. It’s worth noting, that despite the declared cross-platform scripting, the library has technical nuances of implementing the functionality for iOS and Android. Eventually, this has led to a 1.5-month gap in the release dates for iOS and Android.

However, it’s already available — you can test the web,   versions.

It will take too much time to describe the whole process. So let’s see what we’ve received:

But what’s most important is that we presented the app that perfectly suited our client’s requests and harmonized with users’ expectations.

Most Imagine, you’ve decided to create your own team and manage it. Would you like to know what’s ahead of you? So let’s get through the journey to some features!

Due to a wide range of available options, we have managed to achieve deeply personalized UX. There is almost no limitation for users while using the app. The developed UI also allows guiding users throughout the whole process of creation or participation in games.

Just look at the interactive map that we’ve created to see the events nearby.

Detailed description with contact info is available here. You can see the name, place, date, time and the number of players. Not to mention, you can join the event. The first step is to log in either via email or Facebook account.

Just after you’ve logged in, the dashboard is at the service. 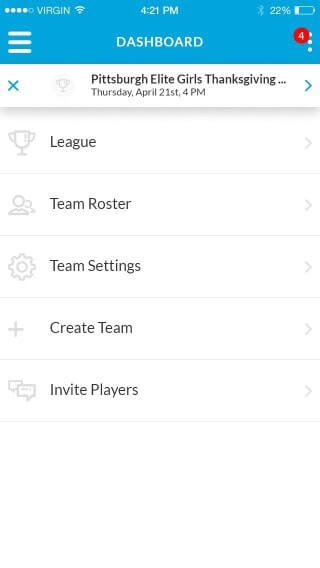 Here you can choose a league to participate in, create a team, invite other players and manage all team processes.

Don’t bother yourself with remembering some events or any other important things. Notifications menu is of great help here.

It’s hard to imagine a hockey team without players. So do some search. As it’s easy. All the needed information about each player is available in the system. What you need to do is just invite the right player to your team.

When it’s done the player automatically gets to your bench.

That’s the place where all your players’ records are located. You can see who is available for some certain game. Thus, you can plan in advance the whole game process including tactics according to the known qualities of certain players.

To participate in a league each team needs to pay a certain amount of money. This sum is divided between all players of the team. Our goal was to make this process quick and easy.

It is one of the most important features. Previously it was a huge ton of work for a team manager to get payments from players. They used different types of payments: checks, bank transfers, cash, etc. Each of them paid differently: once for the whole season or several times along the year. It was hard to monitor it all. Moreover, a team manager had to remind them of all the info via different channels of communication.

Now it’s in the past. All these processes are automated. A manager has to only invite a player to invoice. The system does all the rest.

Now it’s player’s turn to act. As it’s time to choose how to pay and insert the bank card details. Different options are available.

We’ve designed our own interfaces and made the payment secure.

As a result, millions of US dollars have passed through this payment system each year.

That’s just a short list of possible actions in Breakout. But there is a certain thing that every player has to get through to participate in a game. Any guesses? Okay, details are below.

One of the key sports of Breakout app is Hockey and before any player gets into the hockey stadium in order to play the game he needs to sign up the league waiver in which his team is currently playing. This is the required document which confirms that the player takes any risks of injury or other body damage during the game. Sometimes a user needs to sign up the waiver right before the game starts and internet connection may be lost, hence the user is not able to play the game until a waiver is signed up.

The solution is to allow a user to sign up for a waiver even if there is no internet connection. This provides user more usability and engages him with a simple experience to enjoy the game. Such user needs to fill in required information about his profile in the project, then to accept waiver and he is done. Once the device is connected to the internet all the info will be sent out to a server, hence user doesn’t need to worry anymore. Initially, the project was implemented as a web app. Users were happy with such a possibility. Further analysis showed us a huge necessity to convey user engagement into a mobile app, as it provides user mobility to Breakout players. React Native has perfectly solved the issue.

Another feature of React Native has helped us to make the app’s update more flexible. When the app is updated in the stores a user receives a live update. It’s possible to reschedule it for later or accept immediately.

Here is a part where is needed to mention that code samples were excluded from the article. As you see the result that React Native has helped us to receive. So it’s time to showcase our conclusions about the whole development process.

After the main part of the development process came to an end, we confirmed our expectations:

React native allowed us to implement solution both for Android and iOS platforms without writing code for each platform separately. This approach has significantly minimized implementation time and in future, it will allow making further adjustments for both platforms making fewer changes of code.

Now we know that we can handle pretty much everything! Wanna bet? Come and challenge us via hi@s-pro.io! 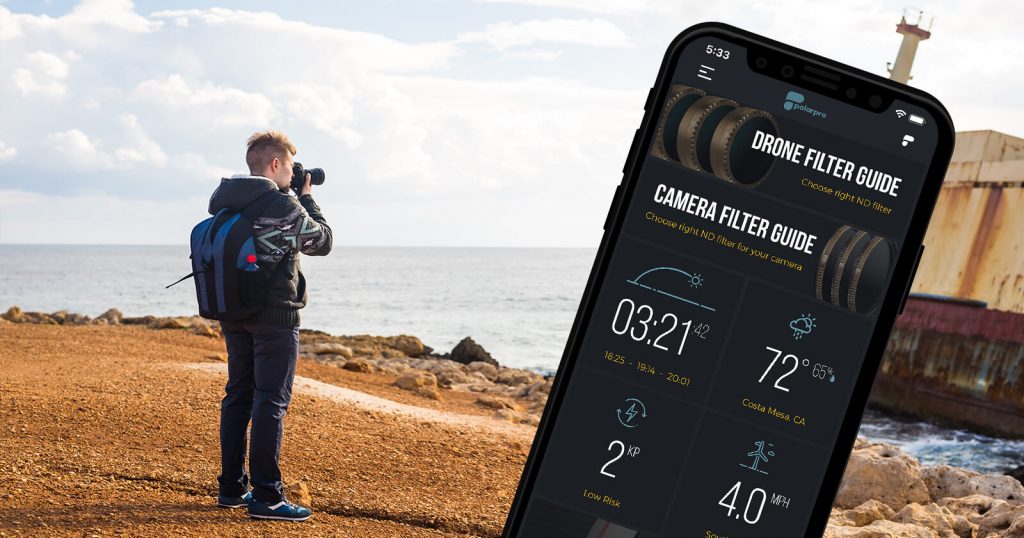