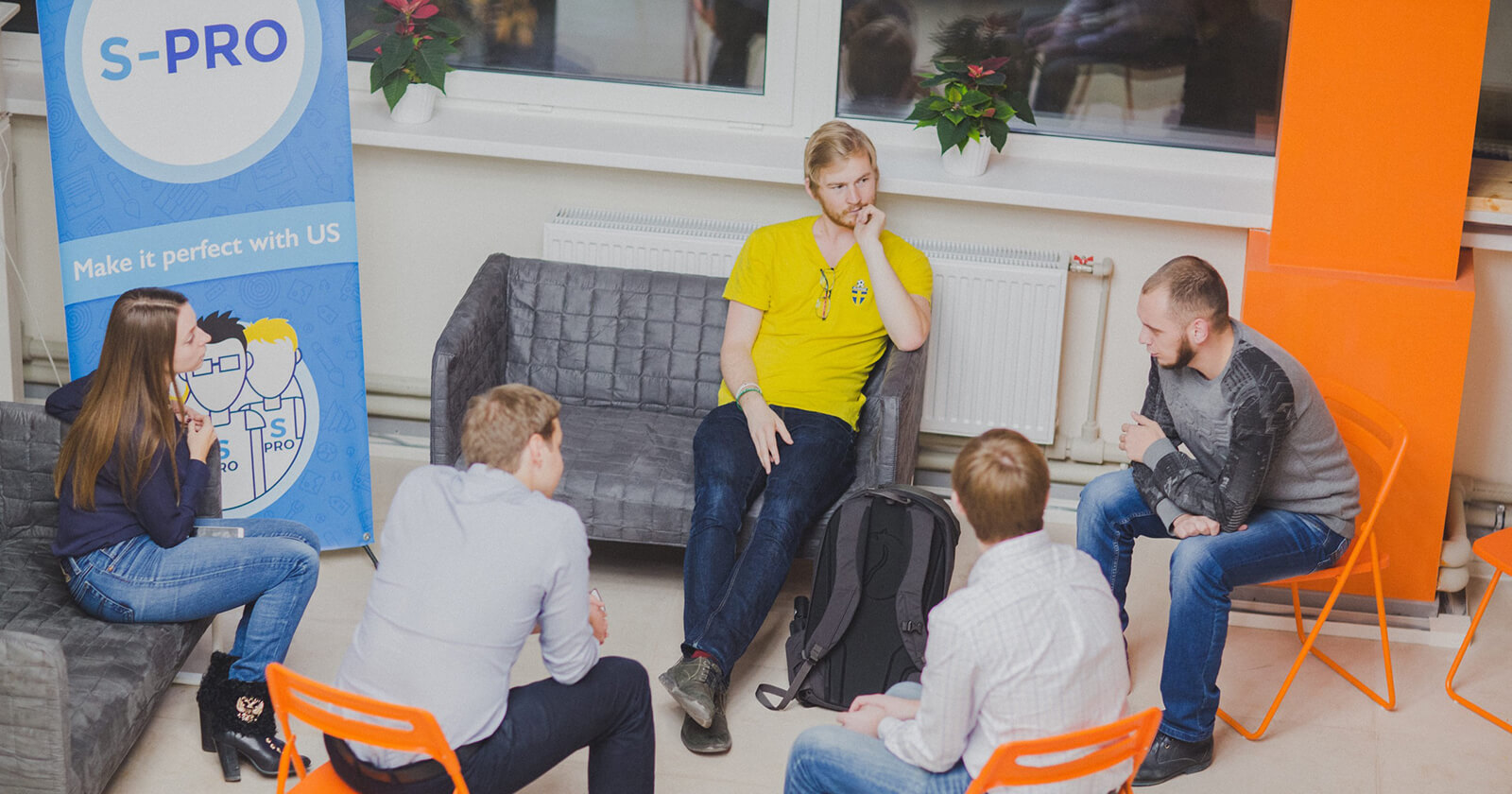 Ideas are the new currency of the 21st century. Sometimes they are more valuable than money.

For example, the well-known story of Mark Zuckerberg turning down Yahoo’s offer of $1 billion. He would’ve made $250 million, but rejected it in ten minutes’ time. As Peter Thiel put it: ideas were more valuable to Mark than money.

However, there is always the question of how to create good ideas, sell them and negotiate the highest value for them. Eric Stromberg (head of Google Play) has made up the Startup Idea Matrix that, as he claims, “outlines various consumer markets as well as tactics a company can take to bring a unique product to the market”. 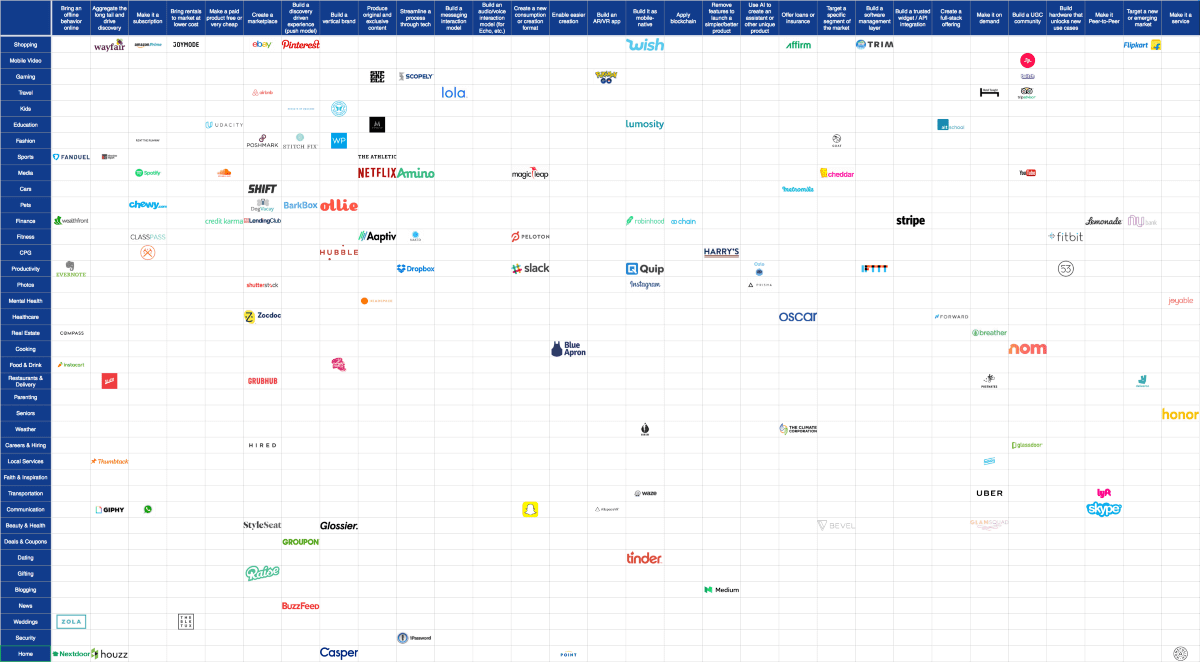 Follow this link to view the full B2C matrix

Follow this link to view the full B2B matrix

Anyone can look through it and get some inspiration and, what is more important – ideas for the startup not only on the internet but also in the offline business.

Ideas are given in the columns of the table and the consumer markets are shown in the rows with the well-known examples in between.

As you can see, simple ideas are the basis for the success of many companies. For example, Instagram has created a photo service only for smartphones. Nowadays the audience of Instagram is more than 600 million users. The founder of Evernote Stepan Pachikov has decided to transfer an offline activity into an online one by creating a web service and software set for making and storing notes. In just 5 years, there were 65 million Evernote users. Or the most spread tactic – making a paid product free – has helped Udacity, Coursera and EdX to make a revolution in education by providing free online courses for everyone. That’s not the whole list! And anyone can take a cue from these companies and fill the empty cells!

“Think of this less as a map and more as a starting point for creativity.” – Eric Stromberg

At the beginning of the article, we gave an example showing that certain ideas are more valuable than money.  Guess why? Well, everyone loves a good rags-to-riches story! A brilliant yet simple idea is behind each and every such story! Need proof?

The very same Zuckerberg being a student came up with the idea of a “hot or not” type of website called Facemash. It was the first step in his journey to the well-known Facebook that in less than a decade became a $250 billion company. Zuckerberg is now worth over $35 billion.

Students are very inventive! Just like Facebook, Google was also created during the college years. Larry Page and Sergey Brin came up with the idea of a unique search engine. Now Google has more than $66 billion in sales and continues to grow by developing the other businesses. Page and Brin are now each worth almost $30 billion.

But don’t even think that only students can become billionaires. Jeff Bezos was working at a Wall Street firm before realized that he wants to launch his own online bookstore. Now Amazon sells everything you can think of. It’s worth about $200 billion with over $88 billion in annual sales. Bezos is now worth over $150 billion.

Need some more for inspiration? Well, there is a great book “Blue Ocean Strategy” by W. Chan Kim and Renée Mauborgne. You should definitely read it. The approach that is described in this book is very simple: to create something new all you need to do is just mix two spheres or two working ideas. You can do it endlessly.

So using this approach in the idea matrix described above you can generate tons of ideas. But do not forget to validate the ideas before launching them!

The second simple approach this book suggests is to take the existing solution and improve it. Of course, you’ll plunge into the world of competition and of a constant race for victory, but if you are really good at what you do and run well in front of your competitors – go ahead!

We can continue listing the famous companies that have had a huge success with one simple idea. Moreover, using these matrixes anyone can develop their own idea and fill the empty cells in these tables! In addition, they may help you analyze the profit that certain ideas can bring and the most demanded niches that are starving for tasty ideas.

What is more important that you can do it yourself! Or get a piece of professional advice from the marketing experts on the successful idea implementation via http//s-pro.io. Be inspired and find the best way to your own success!

COVID-19 for businesses: a disaster or a tremendous opportunity?

How To Build Customer Loyalty in Digital Banking?

How To Implement Blockchain in Supply Chain Management?