Home » Tutorial » How to Develop a Bitcoin Wallet App?

How to Develop a Bitcoin Wallet App? 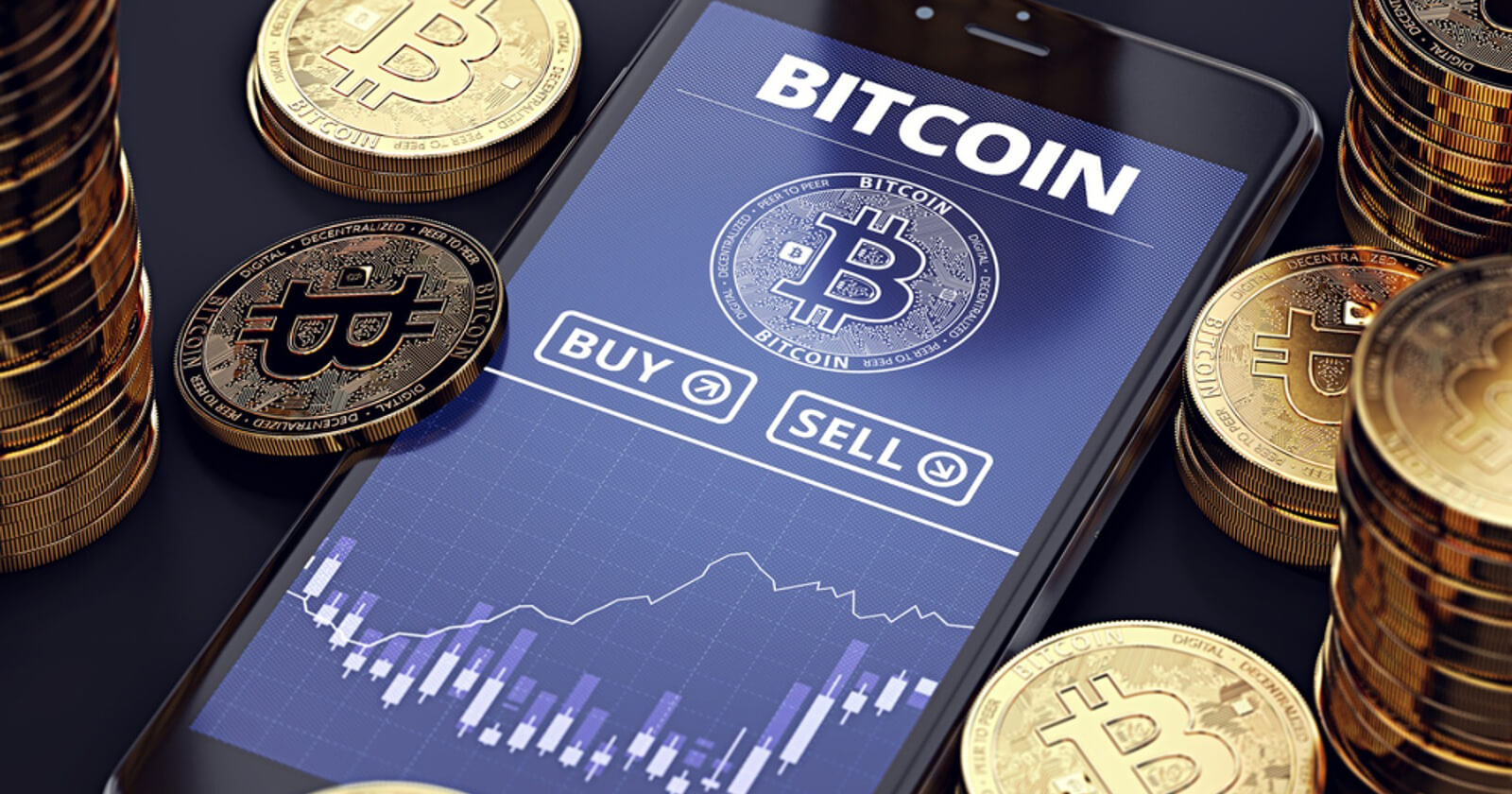 Technological progress goes further breaking frontiers between virtual and real worlds. Blockchain takes the lead in this process. Along with standard online payments, there are more and more use cases of cryptocurrency payment methods being integrated. Nowadays it is even possible not only to use a ready Bitcoin wallet but also create it by yourself.

Here we’ll get the knowledge on how to make your own bitcoin wallet application and integrate it into your online trading platform as means of payment for your products or services.

What are the reasons for making such apps

Bitcoin transactions are almost impossible to imagine without electronic wallets. They can operate with different electronic currencies or with just one of them like bitcoin itself.

Bitcoin wallet application is a usual software wallet that can store, receive and transfer bitcoins making all the transactions safe for both parties. That’s just the main features that such wallets can provide. Additionally, they can store digital keys, etc.

Now let’s check what such apps can give to both sides of bitcoin transactions.

With ordinary payment method, like banking transactions, it might be quite simple to perform an operation between different accounts of the same bank or between some banks in your region. But it will definitely take much more time when conducting financial transactions between international institutions. Even ten business days might not be enough.

Especially if it involves large sums of money like those more than $100 000. It takes too much bureaucracy and time. Aren’t you exhausted with it?

With blockchain-based solutions, it takes several hours maximum. So it makes carrying out financial operations with blockchain impressively useful regarding time.

A unique signature signs all the transactions. Once a deal is initiated no components can be changed. That guarantees an entirely safe and reliable transaction from a sender to recipient.

Cryptocurrency transactions are known for their complete anonymity. You can use those systems without showing any previous credit history as it is usually required with banks. Also, no other personal information needs to be specified for performing transactions. Which builds an additional layer of security, as the standard poorly developed systems might be at risk.

To conduct electronic payments, all you need is a wallet address which is actually a long line of digits and numbers. With it, you can have all the information about the transaction, but you have zero data about a recipient or a sender depending on the type of your operation. So it is absolutely anonymous for both parties.

No risks of unauthorized access from the third party to the transaction data are provided by the combination of 2 digital keys (open and closed ones) that only recipient and sender of that particular transaction receive.

From time to time some economic collapses happen in different countries. They do influence the standard banking systems, and many investors tend to lose their deposits. Cryptocurrencies are not affected by those situations as they have decentralized support. This factor fully protects bitcoin owners from any political or economic crisis.

With standard currencies, inflation often happens when some crisis comes. On the contrary, bitcoin will never be devalued due to the fact that the number of nominal currency units will never be more than a specified amount of 21 million mark.

What are the opportunities for using bitcoin? 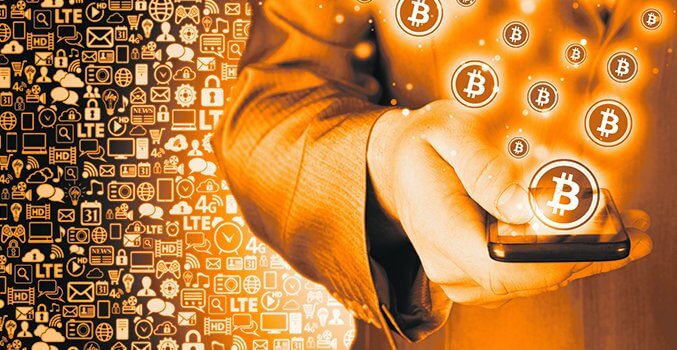 Bitcoin gives numerous opportunities for electronic payments. As it provides a possibility to bypass the state financial systems. Plus the primary focus for such apps is to make electronic payments as reliable as possible. Blockchain in a way supports these transactions making them unchangeable by fixating each stage of the trade in an encrypted form. So no third parties are engaged in the process.

As emphasized above, anonymity is another crucial factor where bitcoin payments become beneficial for customers. Famous trading platforms have already experienced all of the mentioned advantages of integrating such electronic payments. Among them are Zappos, WordPress, Amazon, etc.

Let’s sum it all up in a pure form:

Main points when developing such an app

Bitcoin has an open source code, no one owns it, and anyone can become a member of the network. So it’s not that hard to build a bitcoin wallet application as someone might imagine. There are plenty of libraries available free of charge that can help you to implement your idea. 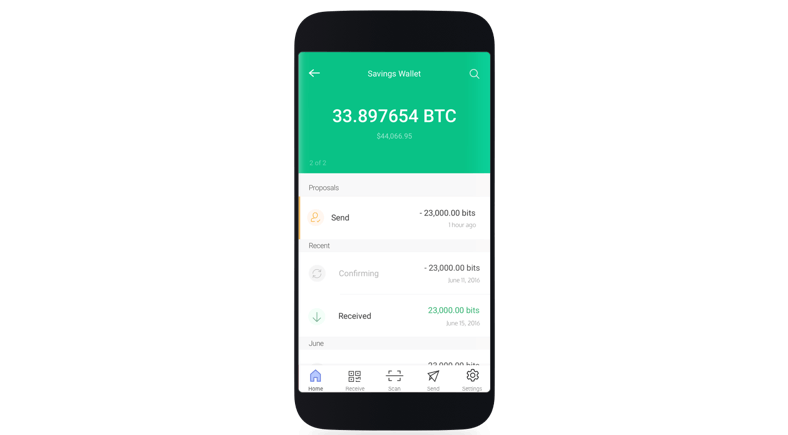 First, let’s distinguish the possible functionality of such an app:

It is a mandatory and unconditional feature that provides a necessary level of security.

It has all the necessary personal information that can be used for overall payment transactions management.

Participates in the process of sending and receiving money

Generates new addresses for all transactions

All the essential notifications will come when some change is made like transaction receipt or bitcoin rate change, etc.

The simplest form of security is setting a PIN code and password for app protection.

Of course, security is a much more complicated issue as the rest. So it should be considered with more accuracy. The first thing is to encrypt the wallet with a secure password. Additionally, you can create a backup of the wallet and store it in different protected places. Another popular approach is to use a multi-signature. Imagine, in order to send money you need to receive 2-3 signatures. By the way, all of them should be set from the beginning when creating an address.

Once you define the functionality, all you need is to find the optimal API for your wallet. And don’t forget about the software libraries that will be synchronized with your wallet.

That’s the perfect time to get to know the most popular libraries for creating your own bitcoin wallet app. By the way, besides those apps with the libraries according to their functionality, there are many applications can be designed that are related to cryptocurrencies. 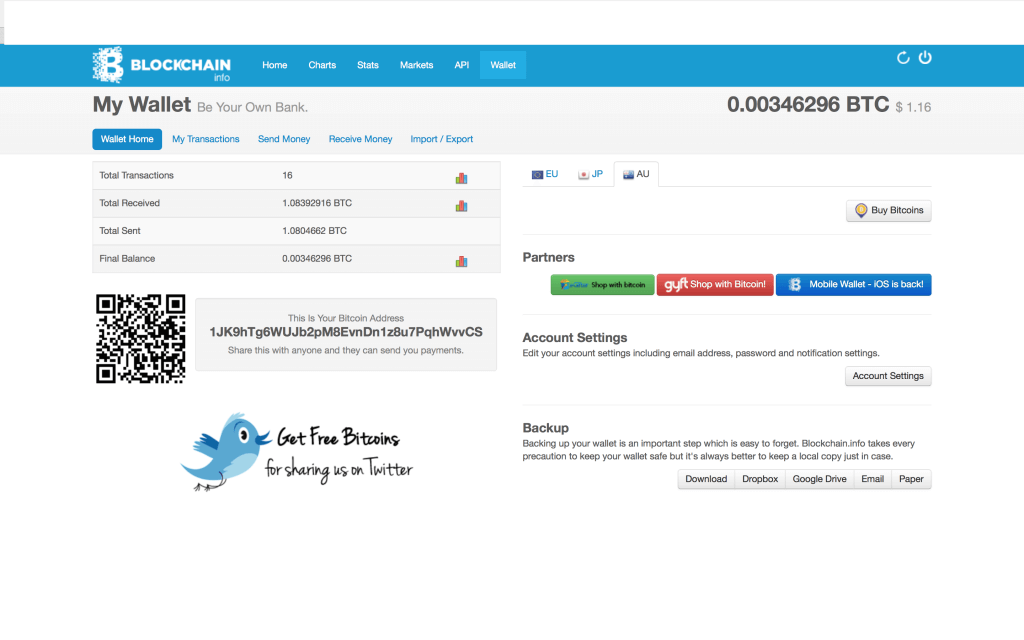 Having a full set of free APIs, Blockchain bitcoin wallet is extremely popular among developers. It supports lots of platforms, includes many programming languages and is absolutely free.

It has excellent documentation, so any developer can quickly create own wallet going through all the stages of building its functionality.

Its most known API keys V2 API KEY and Blockchain Wallet API KEY help websites to easily receive bitcoin payments and give full access to all functions of the service accordingly.

It is a cross-platform Java library that supports Android and iOS platforms and works with Ruby, Java, Python, and such programming languages. It is designed not only for bitcoin but also for Ethereum and Litecoin currencies.

This library is famous for the ability to provide info on the current cryptocurrency and the exchange rate of others.

The only thing is it requires registration. But once you register you can exchange currencies, manage transactions and implement cryptocurrency payments.

The only limitation for this library is that some features won’t work in some countries.

It is a cross-platform bitcoin library that supports Android and Windows platforms and can be used from any JVM compatible languages like C++, JavaScript, Python, etc.

On the contrary, to Coinbase SDK it doesn’t require registration and is easy to use. Not to mention, possibility to interact with the TestNet3 that is the leading bitcoin test network, which is much appreciated by developers, and access to MainNet which is the primary network for bitcoin transactions.

Of course, it should be mentioned that using libraries is not the ideal variant as there are some limitations over the road. So most professional developers prefer creating wallet apps from scratch. It is a more difficult way, not to mention, its cost and complexity. So most likely choosing this path you will need extra help from experienced developers. But believe me—you won’t regret!

Whatever you choose, the primary stages of the wallet app development are:

For the high-quality apps, there is always a place on the market so our advice would be to seek professional help.

Of course, there are many challenges to building a bitcoin wallet, but everyone will agree that rewards are enormous. Especially when those apps are of high quality.

For lots of businesses, bitcoin wallet applications became an essential component of their success giving a chance to make an impressive step into the future. It has many benefits like providing an opportunity to make fast and secure payments worldwide. Independence from external factors and internal stability make them even more attractive.

Those who will make a step into the future by creating their bitcoin wallet app will get a chance to a chance to become a significant player in this lucrative market.

Converting App from iOS to Android

How to Build a Stunning Food Delivery App like…

How to Create a Logo Design