What You Need to Know About Chatbot Development 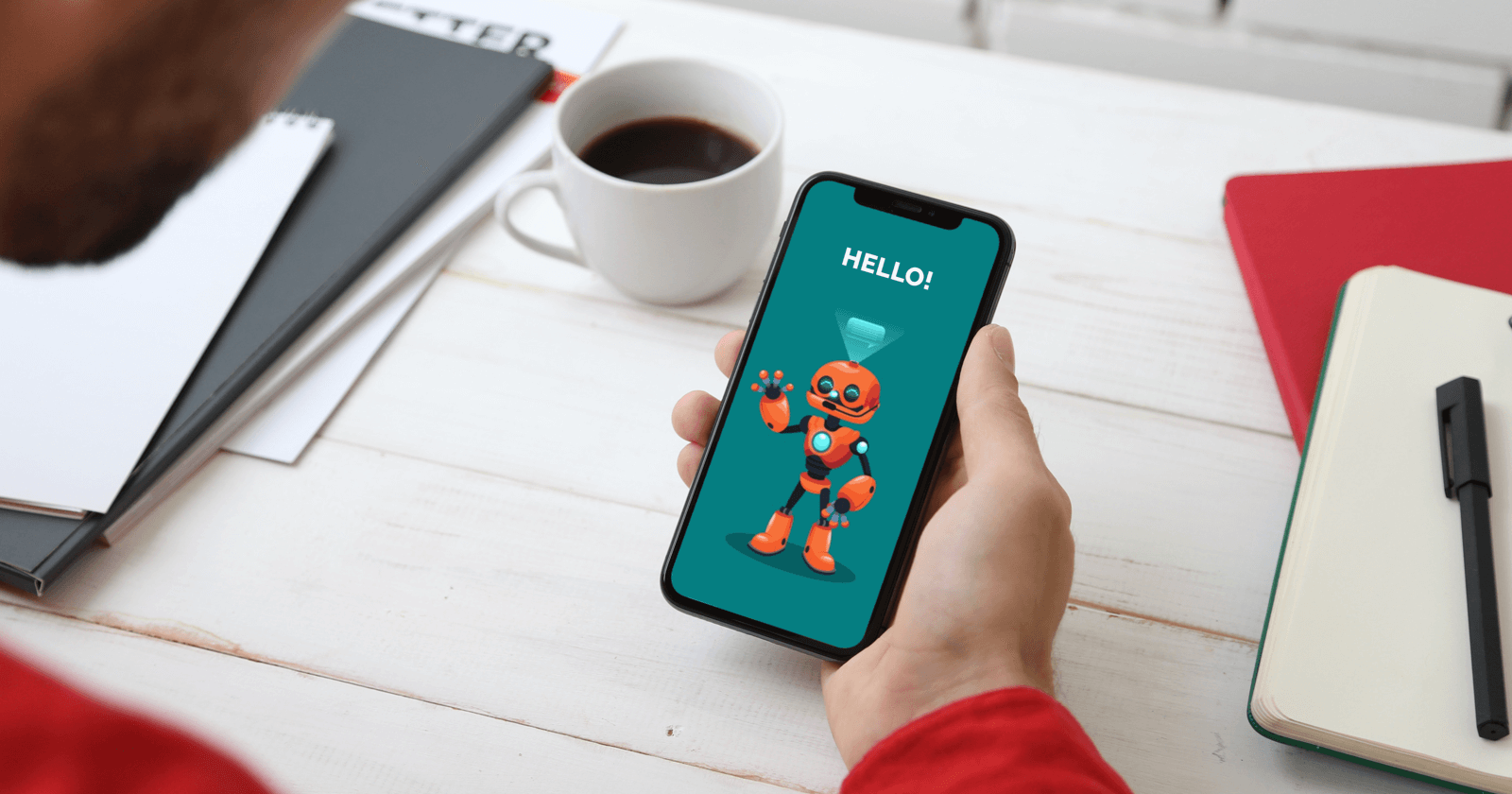 Have you ever interacted with a chatbot? If no, you still might have heard of it for sure. If yes, then you probably thought that it can be of use in your business. And here where you are right, as more and more companies tend to choose a new and exciting way of communicating with customers through chatbots.

In short, a chatbot is an AI (artificial intelligence) software able to do certain already programmed tasks without people’s help. From its name, their most obvious function is to have a conversation with human beings. The range of tasks grows each day with each new bot created. It can be personal assistance, restaurant reservation, calendar planning, giving the requested data in many spheres, like the weather forecast or flight’s schedule.

In business chatbots usually play the role of a customer support representative. The more their responses seem like human ones the more valuable they are for the company. The biggest companies already have such innovative assistants. You probably were already amused by a conversation with Siri – Apple’s product. Microsoft, Amazon, Google and many others are among the first ones who have already implemented its solution into business processes.

Before you seriously think through whether your business really needs such a notion let’s find out more about chatbots and their development.

Where do bots come from?

Everything started back in 1950 when Alan Turing represented his Turing Test where three players took part—let’s call them player A, B and C. The first two players (A – a machine and B – a human) were the ones who had to answer the questions of player C whose primary goal was to determine which one is human.

At that time databases were much less in size than they are nowadays, so a machine had a limited number of human phrases thus at some point the test has ended as the computer had nothing to answer to player C.

In 1966 Eliza was developed. It is a bot that performed a psychotherapist’s role. At that time it was a progressive notion, although her vocabulary was very limited. By the way, thanks to the Fullerton Department of Psychology you can still test it now. Below is how Hubspot tested it not so long ago.

Along the further years, several institutions tried to create some sorts of a robot that speaks or moves. Among them were Shakey—a self-directed machine with limited language capabilities (developed by Stanford Research Institute), and Freddy—a non-verbal robot capable of assembling simple items (developed by the University of Edinburgh). The list can be continued, however, all of these robots were limited in one way or another.

A huge amount of messages was sent via Minotaur by Radiohead in 2000’s—1 million users and more than 65 million messages sent. Sorry to mention, it didn’t last long—even less than a year. That has happened to many of such bots.

It seems like only now, the rise of numerous messengers, chatbots get over some previous mistakes in development and are ready to serve as real personal assistants either to humans individually or for some company purposes.

Why do you seriously need to think about chatbot development? 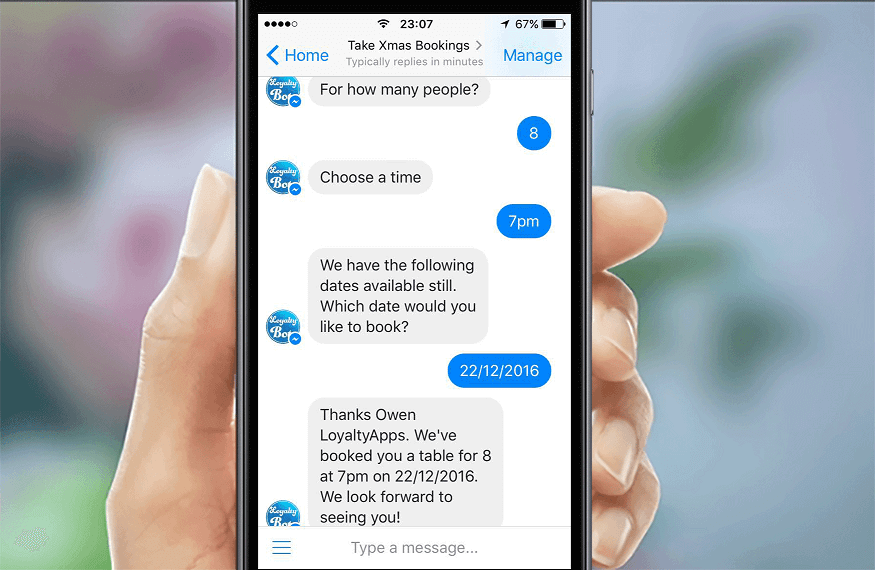 Chatbots have a lot to offer to businesses. Especially if you determine its functionality based on the needs of your company. Below is the list of general benefits that every sphere will like:

Chatbots can easily answer all simple questions your customer tend to ask from time to time.

Chatbots are not getting tired answering simple inquiries like humans do. Instead, human resources will be of use in more complex tasks.

As chatbots are available 24/7 potential customers can get the desired information anytime they decide to make a purchase which creates a better company image among them.

Chatbots development costs less than app development. Not to mention, that you will save money by replacing the human factor for simple inquiries from customers.

Chatbots tend to be adopted by most businesses in the near future, so being among the first ones will give you leadership in your sphere and build tech-savvy customers loyalty.

Chatbots are not limited by the number of conversations they can lead unlike humans do. It makes them more efficient and cost-effective.

With chatbots, you can turn more visitors into paying customers faster and easier comparing to human only support.

There might be different chatbot types specified by many metrics although the most important classification is the following:

Such chatbots are functioning inside messengers that support bots (Telegram, Slack, Facebook Messenger, etc.). Their development costs less, therefore, it is an excellent solution for those who only start their business. Plus it will give you a chance to try out chatbots and receive a fresh new audience that uses messengers frequently.

Surely, there are lots of messengers around so you will need to choose which one is the most popular in your area and among your audience. As an alternative way, you can decide on a multi-channel chatbot that requires the support of several messengers at once.

This type of chatbots is perfect for the already functioning businesses with a large audience. Mostly they serve a specific purpose and provide enhanced quality and timing in customer support activities.

In general, with a chatbot, no matter what type you choose your business will receive not only grateful customers that got solutions for their issues efficiently but a real communication tool with all the feedback your users can give about your product or services.

How do they work?

You might have asked yourself, how do chatbots answer the questions we ask for? Are they so smart to know all the answers? So sorry to disappoint you, but everything is thought through beforehand by human beings.

Some bots recognize only a set of commands and give clear answers, like search results. Among such are certain music bots that give a user a number of search results. Although in case you ask not only some musician’s name but a real question, they will most likely to answer you that no results have been found. 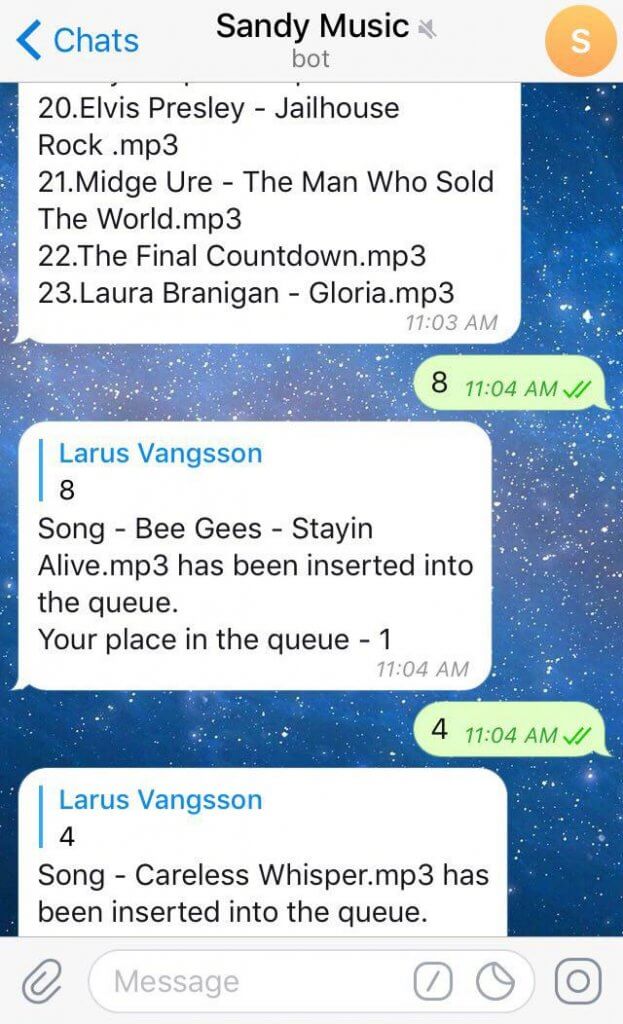 The others might be able to even chat with you imitating a human-like communication. Although keywords are in the grounds of these interactions. All the rest is just a predefined pattern received by a keyword from a library. There are two factors that make up a good communication between a human and a chatbot: the quality of libraries and overall software that lies behind every bot and, from the other side, how good the user request is understood.

In the case of the latter ones, NLP (Natural Language Processing) helps them to succeed in interactions with real people. This way they seem smart and intelligent. The secret is that they heavily rely on machine learning techniques.

An application programming interface, in short—API, makes it possible for your chatbot to interact between your app and users through text messages. The intelligence of your chatbot will be defined by the way you apply machine learning technology while implementing the bot itself. Simple as that!

Of course, if you want to go deeper into the chatbot development question it is not enough to know only that. For example, you would be excited to find out that there are actually different generations of chatbot technologies allocated already. This will help you to see a wider picture of how these bots can be ranked by quality.

Let’s see what are those:

While chatbots from the first generation can perform simpler tasks and be built by ordinary programming languages. For the second and third generations, NLP steps in. The more complex AI techniques are used the more difference between the latter two generations.

As already implied, machine learning makes chatbots smarter and more human-like in their responses. With these innovative technologies, chatbots can recognize human texts based on the previous knowledge base and gather new layers of natural language. This is how they learn from users. 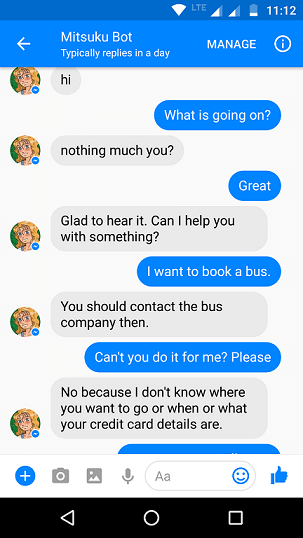 In general, chatbots become smarter with:

How to create your own chatbot

The first step would be determining the purpose of chatbot creation, what problem it should solve. It defines what way to choose for the actual development. As there’s more than just one.

Knowing the target audience is also important as it defines use case scenarios in the first place. By the way, if your target audience comes from a certain messenger, let’s say—Telegram, then some decisions become obvious.

Remember generations of chatbot technologies? Well, if you’re fine with the one from the first generation and do not intend to hire a professional development team then chatbot builder frameworks are your choice.

It is enough to formulate simple conversations and upload them to some cloud platform. The bot itself is created easily with drag-and-drop templates. Just like with LEGO! All the code is maintained by the frameworks, you don’t have to worry about it at all.

As you correctly understand, this chatbot won’t be able to deal with more complex inquiries. No AI or NLP features will be enabled for it.

In case you want your chatbot to be smart, then only code-based frameworks are able to deliver it to you along with a team of experienced professionals that can actually manage those frameworks plus deeply understand machine learning and AI.

In result, you will receive a chatbot that is able to solve complicated tasks and lead an unstructured conversation. A database, built-in analytics, and incorporated AI will serve these needs.

Summing up the above, there are two ways while creating your own chatbot that you can choose from:

Which one of these two ways you’ll choose is up to you. Sometimes it happens that for some purposes there is no need to develop a chatbot that is as smart as a real person—the cheaper rule-based version that answers clear questions is enough. Most importantly is to satisfy the requested needs of users who don’t have to know much about these bots but wants a simple user-friendly solution.

All the technical part of the chatbot creation process can be delegated to the professional development team, that will ensure you of the best chatbot quality possible.

Once you create a chatbot there is a question of its promotion might appear. If it really solves some specific problem than potential consumers should be able to find it in the overloaded digital world. For that, you want to consider adding you chatbot to catalogs, creating a referral system, making a chatbot multilingual, asking your users to rate it, etc.

Chatbots are considered to be the future. Due to simplicity in its creation, very soon every individual will be able to make it for its own purposes. So why wait?

Also considering, its cost-effectiveness and time-efficiency for businesses compared to usual apps development now is the best time to get on the wave of new technologies and squeeze the most value for your company growth. 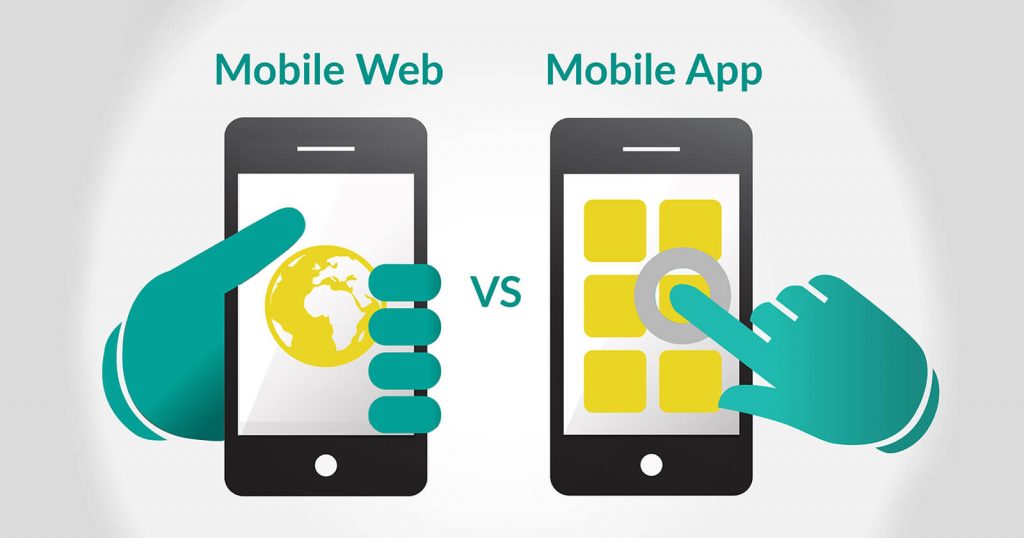 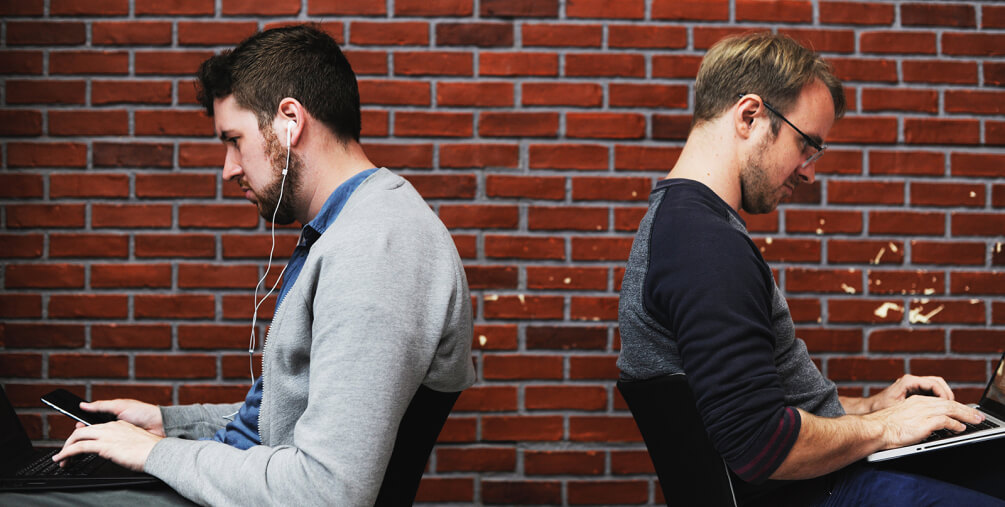 Tech Native vs Cross-Platform: Which App Development Do You Choose? Jan 30, 2019 4 min read 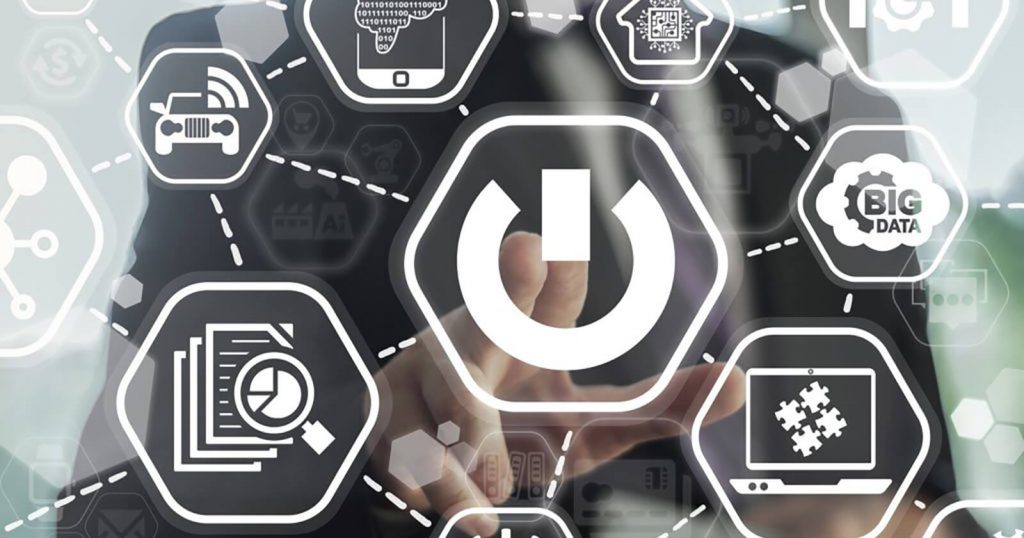 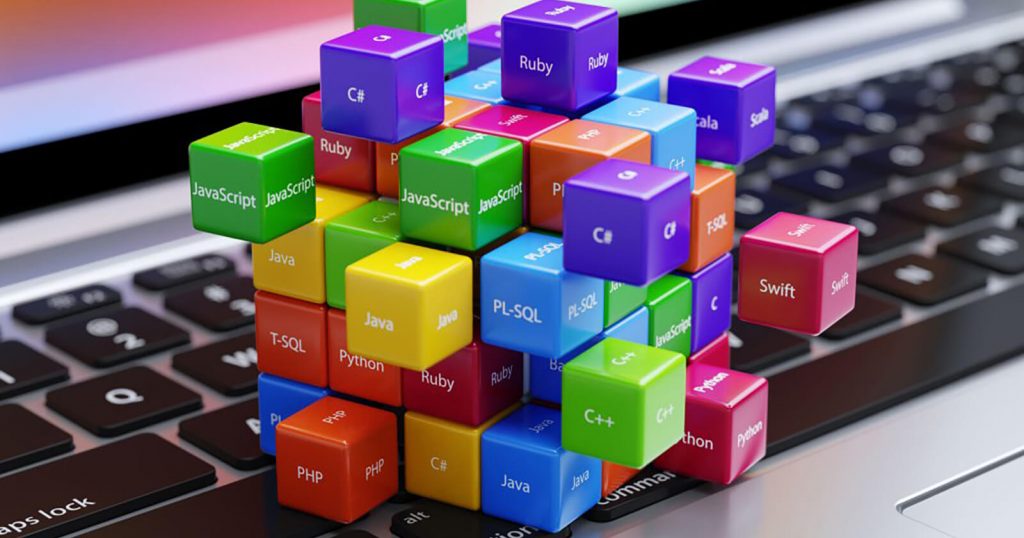 Tech How to Turn a Website Into a Mobile App Jul 6, 2018 6 min read
Get technical, business insights, and industry news straight to you inbox