Converting App from iOS to Android 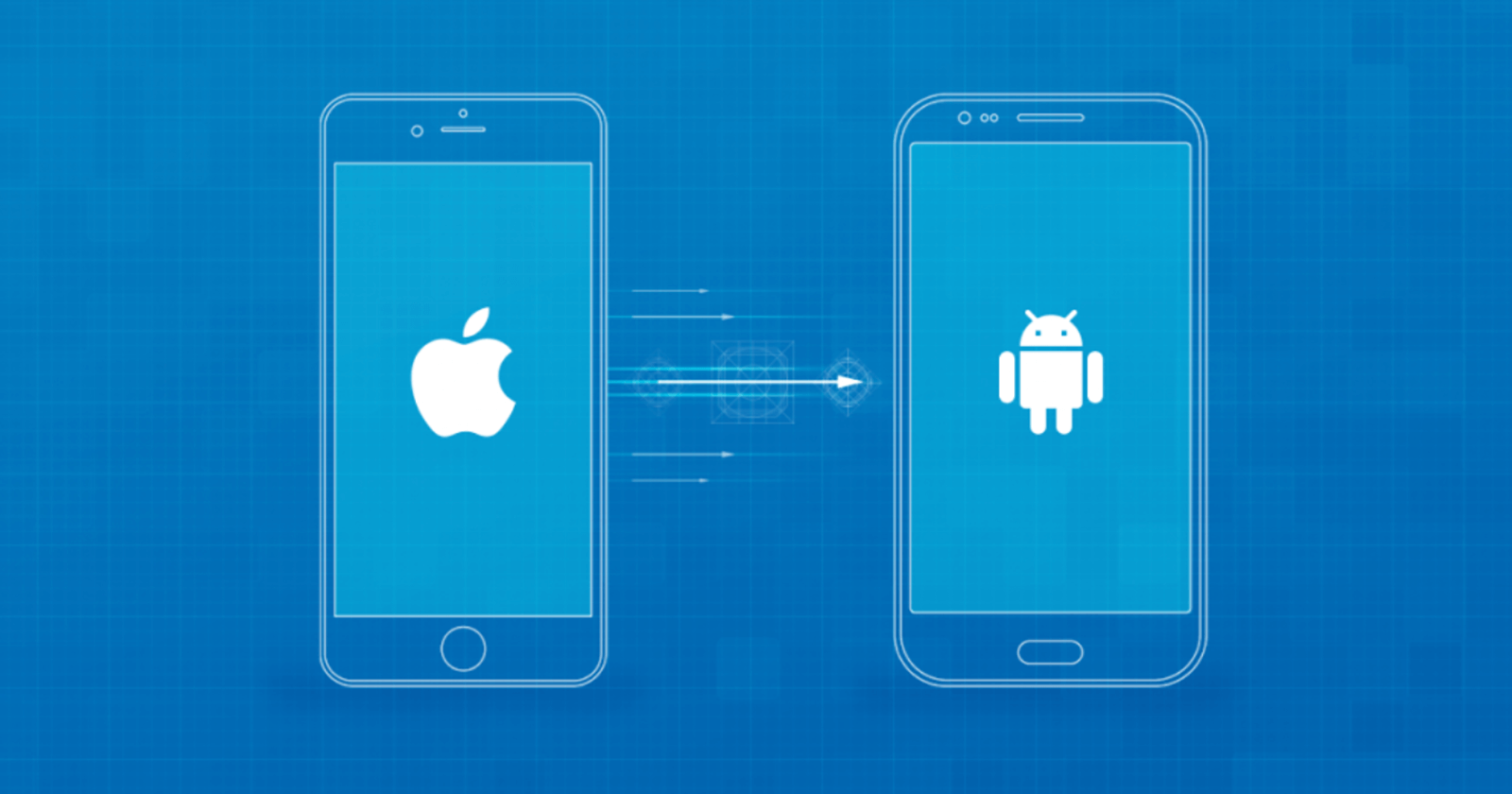 Nowadays we don’t even bother ourselves to care about the possible issues when using our beloved applications. We got used to the fact that all mobile users can interact via some app no matter what device is used for it—Android or iOS based. Just a few of us know that not so long ago it wasn’t like that at all.

For example, Instagram has pleased its iOS users in 2010, and Android users had to wait only until 2014. The same with Airbnb. 14 months of difference in release dates between iOS and Android versions.

As you can see, even such giants started from something small and you know where they are now. Why don’t you also take those steps? Just have in mind that in case you need any help with it, we are always to your service. For now, let’s get to know more about the way it all works.

Some companies use a strategy to develop an iOS application first to launch it on the App Store the fastest. Only after some probation period, they convert it to the Android version. There are many reasons for such a step, and possibly the main one is the fact that Android enjoys the lion share of more than 70 percent of the market. 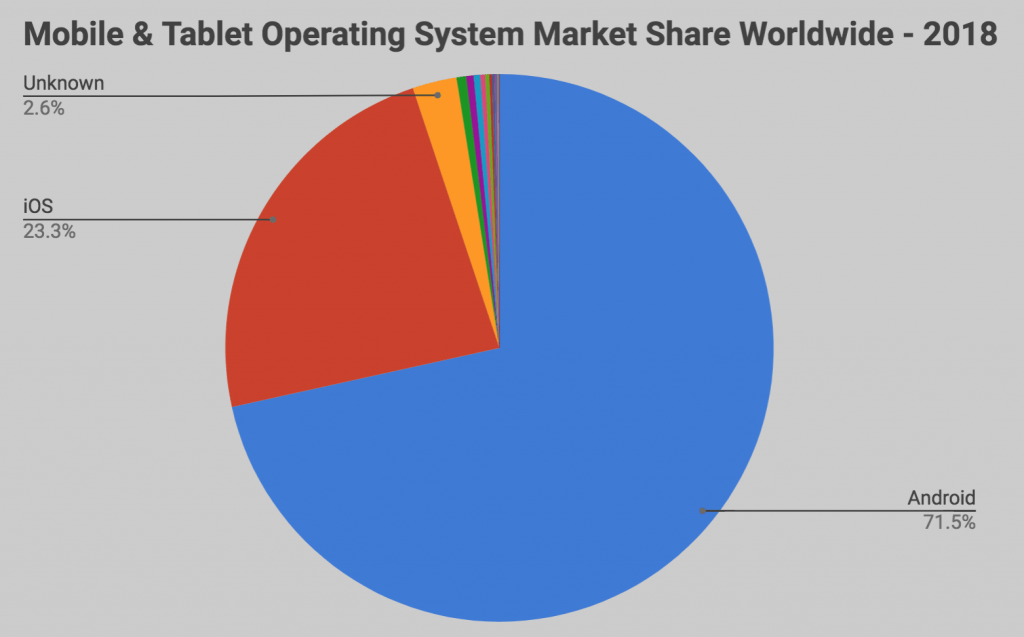 Both platforms give lots of reasons to develop their apps and in combination provide a mass of benefits to businesses. Although they are quite different and need a careful approach when converting from iOS to an Android app. So finding a great mobile app development company might be one of the main tasks here.

But first, let’s check in detail the reason for such conversion.

What are the reasons for converting an app?

Customers can easily choose different devices to use from time to time. It is important to make their user experience convenient no matter what device is comfortable for them. It won’t do any good for business if a customer has to make a choice between a device and your app. In this case, you not only lose the existing user’s loyalty but also won’t get a chance to gain a new audience or increase earnings.

Such conversion will definitely open new horizons for your business. Here are the main points!

There is also a geography factor. iOS dominates in the North American, Western Europe, and Australian markets. Android in its turn is used globally showing more popularity in Eastern markets. This way you can expand to new countries and regions. That’s one of the reasons why businesses first develop iOS applications in order to get more money for starters.

Converting iOS to Android is essential for those who need to expand the user base.

Both platforms have their unique characteristics, so no strict duplication is possible. It opens new opportunities to enrich the app functionality. What works for iOS users won’t work for those who prefer Android. The most important here is to satisfy the needs of both audiences.

Android has something more to offer users as they can simply customize the app to their needs.

Android users for years enjoyed the opportunity to quickly access the needed information through widgets on the home screen. Think about it, would you deny the opportunity to see the news you follow or the tasks you have planned for today at the most convenient place for you. Moreover, widgets with a piece of unique information can be sold among other in-app purchases.

A physical back button

For some users, it is simply convenient. For the others, it gives additional functionality that might not be present in IOS devices. As in some cases with it, a user can simply get back to the previous app screen which is impossible in an iOS device with its Home button.

There is a noticeable difference between push notifications on Android and iOS. More symbols, a hidden from prying eyes message might make an Android version more preferable.

Being written in Java, Android provides more opportunities for future porting to other platforms like Ubuntu, Chrome OS, and even Windows OS. Well, it’s just much more friendly to other platforms, so such conversion is easier than from iOS.

Surely building an app from scratch costs more both in money and time form than conversion. There’s a chance to save costs.

The verification process on Google Play is much faster than on the App Store just like the approval for each app update. While two weeks is not a limit for the App Store, for Google Play a few hours is enough. Wouldn’t your Android users be pleased with it?

What are the possible problems?

Along with the additional feature set porting to Android might also create new challenges. Due to a significant difference between Android and iOS, there is no converter that can easily create a fully functioning application without a professional development team touch. Took the hint?

A good quality app requires a whole team of mobile app developers, testers, designers that can analyze an existing iOS app and specify the core components of Android app design and functionality based on the identified target audience. It may reveal certain problems that a team should cope with. Let’s take a look at the most frequent ones!

Android devices come in different sizes and resolution. It might cause some concern, but there is nothing to worry about as Google supports layouts for that variety of screen sizes and pixel density from day one. So there’s plenty to go around!

Moreover, usually it is enough to support only 5-7 main resolution and Android’s screen density system will adapt the rest.

At the planning stage, you should put into consideration which Android OS versions should be supported and which ones might not pay off. At this stage, you might need to decide which of the last ones are better to be excluded from the list of supported Android versions list. 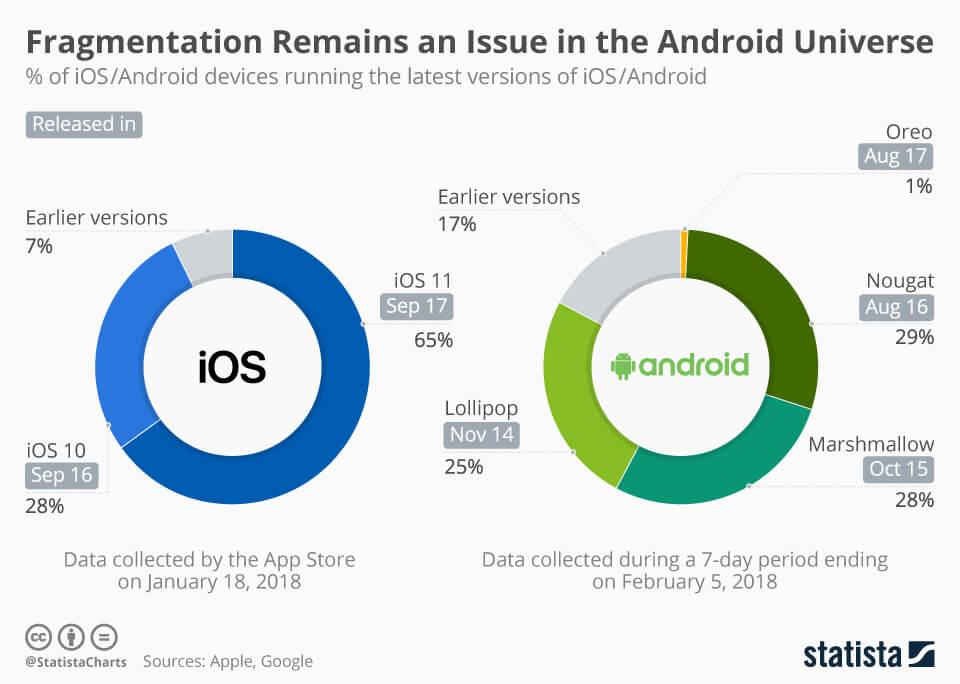 But before final judgment remember that there’s a huge amount of mobile users who don’t update their operating systems at all. This situation is often for Android users. On the contrary, iOS users prefer to constantly update their devices. So only less than 10 percent of them refuse to do it. This gives you space to support only one iOS version, two the most.

Each platform uses different programming languages. So a simple translation is not enough, as they need another development process. Not to mention various language performance—Java is a bit slower, so certain measures should be done for its optimization.

Although there is a possible solution to overcoming languages differences—modern languages usage. Just one thing, it should be implemented even before the iOS app development. You might have already guessed that for iOS apps development a Swift language can be also used along with Objective-C. So what’s the option for Android? Kotlin.

Nowadays Kotlin might be even more preferable to Java for Android due to lots of advantages, a similarity with Swift in particular. Moreover, both modern programming languages are so similar that developers can simply copy some parts of the code and edit them a bit. Raised attention, right?

Both platforms use different solutions for the interaction with a server so it might take a certain time to port from iOS’ JSON to Android’s XML technology.

Android prefers the material design and Apple users enjoy flat design. In order to fit your app into a general platform’s style providing its users with habitual and comprehensible navigation, you should consider using a professional design team services. A right UX/UI of the buttons, lists, navigation bar, and the other elements matters.

Also, look the way lists differ on the picture below. Icons differ and Apple puts arrows. 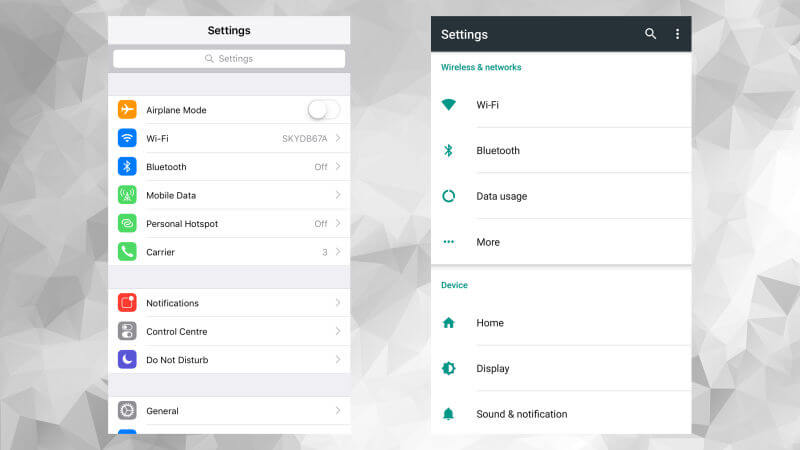 There are so many things that only experienced mobile app designers might know. Like, typography. For Android apps, Roboto is more common, but for iOS, it’s definitely San Francisco.

Buttons and layouts of iOS tend to have round and smooth edges, while Android prefers a square look.

Apple has strict requirements for the icon style, while Android designers have all the freedom to create the way their muse see it.

You might think that all of that takes a lot of time, but don’t freak out as generally, app redesign takes 50-80 percent less time than creating from the very beginning.

Taking into account all the variety of the above differences Android testing might take a little bit more time than you might like to. Although professional testing will definitely free your application from unexpected bugs and critical issues.

You might ask, how much would that take? Surely depends on many factors. But in general, expect about 30 percent from the development time. Too much? Well, you wouldn’t want to waste so much time on development and receive a raw product. Anyway, it’s worth it! The perfect app means satisfied customers and in the result—great conversions.

In general, app porting from iOS to Android might not be as hard as some might imagine it. Surely, your team should be prepared for certain difficulties to overcome and give this a sufficient time. But be sure to get significant benefits. Otherwise, why do other apps are made both in iOS and Android? They might know something.

And it doesn’t matter which type of app you are going to build and then convert. The main thing is having twice as many opportunities: 2 sources of income, 2 channels to promote your business and have feedback from customers.

Now you get the idea of how this kind of conversion works. If you think it’s hard and might not suit you or you just want to consider alternative options, well, there is one—cross-platform development. Have you heard of it?

With this approach, you don’t need to port your app because you will receive it in both Android and iOS versions at once.

A cross-platform framework like React Native will help you handle this task. Actually, if so happened that you want to save time, money, and staff resources, then React Native is the ideal solution for your business. We have already identified 10 strong reasons to use it for your business. As well as many of the well-known companies have already experienced its benefits. Those are Skype, Airbnb, Tesla, etc. Heard of them?

It has certain benefits in comparison to both other hybrid app development technologies and native development languages.

As you can see, converting an app from iOS to Android takes an effort, but definitely worth it. Both platforms give you twice as many benefits each adding some exclusive taste.

In general, you can create an app for iOS like most of the businesses do and then port it to Android as fast as possible to get more conversion. Or simply start with cross-platform development from the very beginning.

Surely, only you can decide whether you go this path or choose the alternative one. In both cases, a professional touch of the experienced app development team will be of great help.

So go ahead to make the right choices and get extraordinary results! 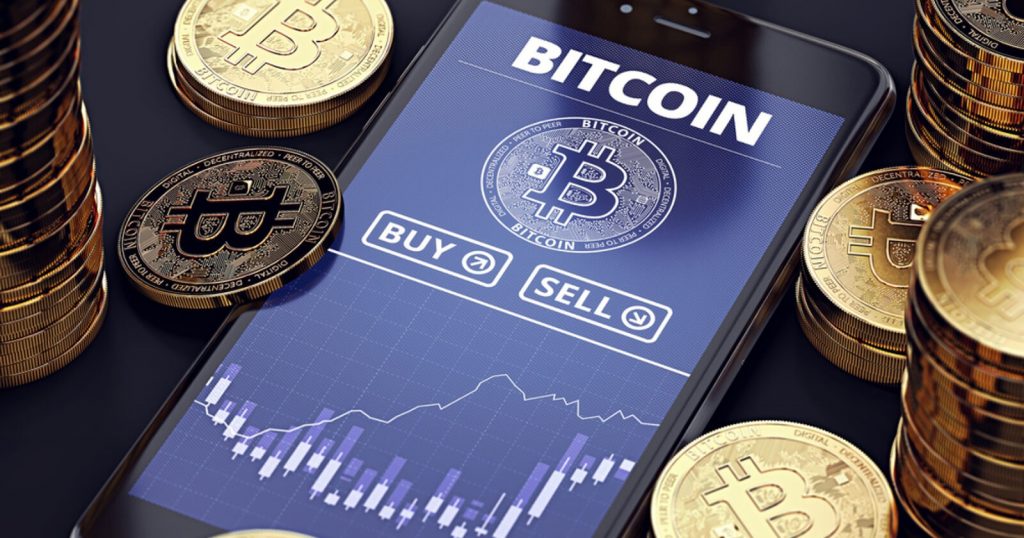 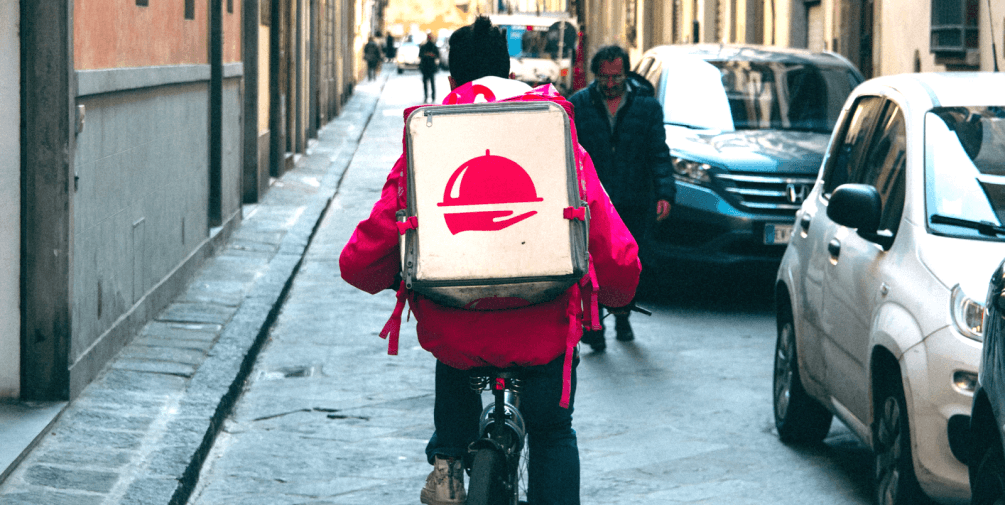 Tutorial How to Build a Stunning Food Delivery App like Grubhub or UberEATS Apr 17, 2018 4 min read 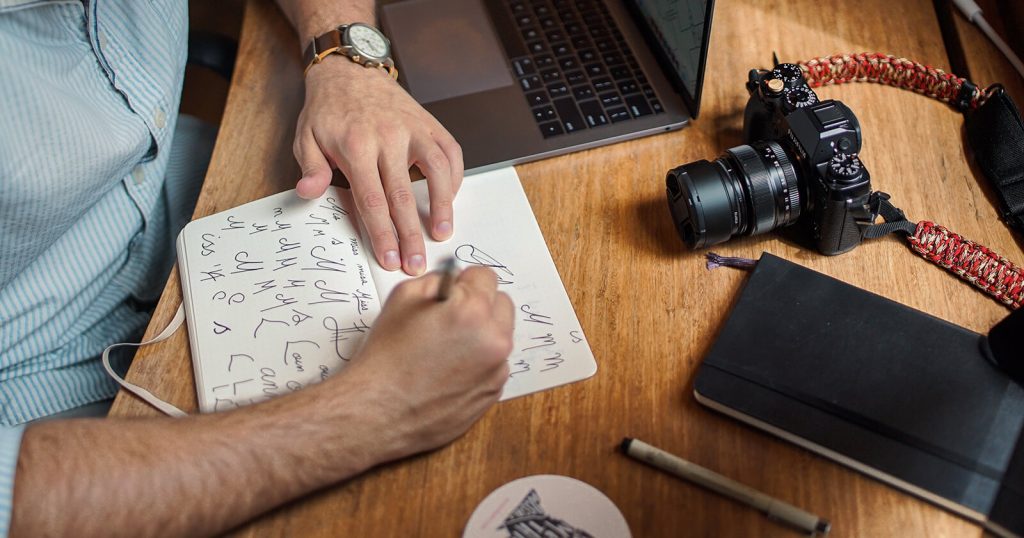 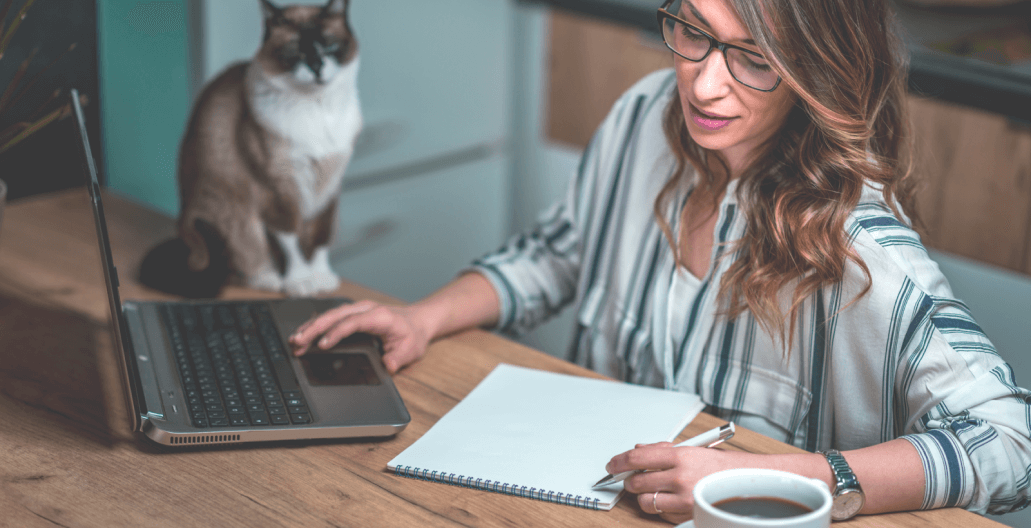 Tutorial To Outsource or Keep It In-House? How to Make the Right Decision Nov 3, 2017 4 min read
Get technical, business insights, and industry news straight to you inbox